﻿Sonu Sood tweets about something big, fans in a tizzy 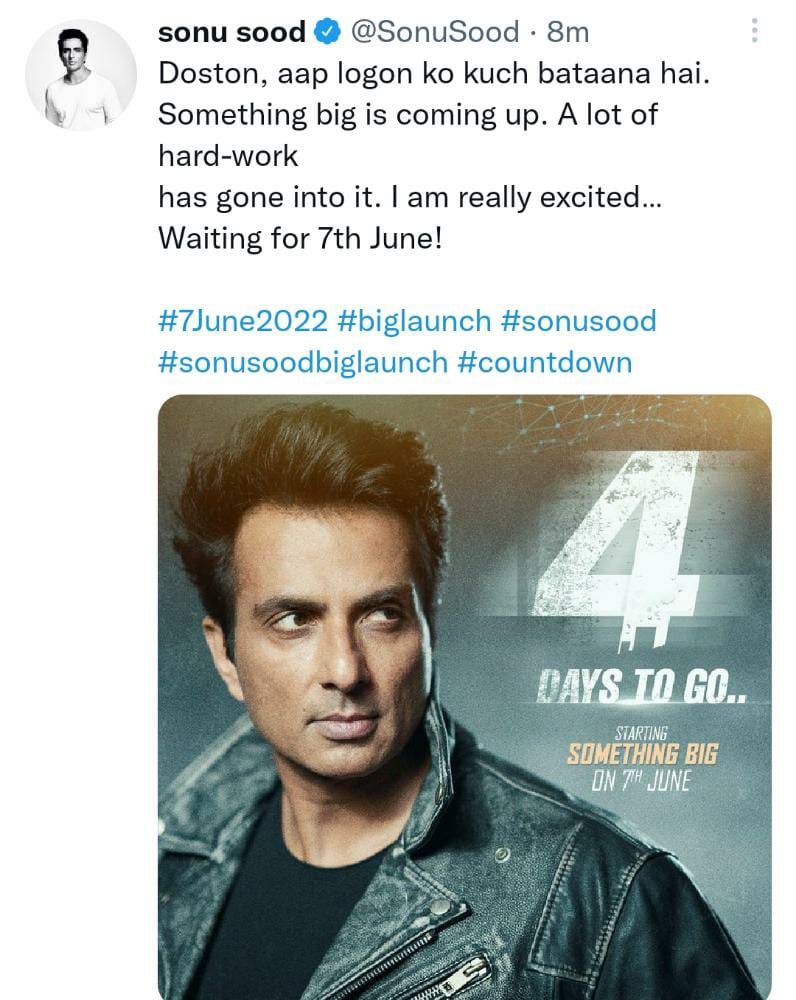 Sonu Sood tweets about something big, fans in a tizzy

After Sonu Sood dropped a cryptic tweet about his next venture, the speculations are rife about what it could be. Some people are wondering if he is dropping hints about his next film. A source in the industry says that Sonu Sood is planning to move to Hollywood. “Sonu Sood has an offer from a big-ticket Hollywood production house. The project requires long-term commitment, so he might be moving to Hollywood,” said an industry insider.

In 2017, the actor starred in Hollywood Film Kung Fu Yoga along with Jackie Chan. So it wouldn’t be a surprise if he has bagged another Hollywood flick. However, when we contacted Sood’s team, the team denied any such development.

There are others who feel he might be making a foray into politics. The buzz is that in the past two years, he has been offered tickets from almost all major political parties. Until now, Sonu has refrained from accepting any such offers. It remains to be seen if he will finally become a politico.

The Dabangg star is one of the few stars to have established himself as a successful actor in the Hindi film industry as well as in the Tamil, Telugu and Kannada film industries. During the pandemic, Sood emerged as one of the most loved philanthropist of the country. He arranged transport for thousands migrant workers stuck away from home reach their destination safely. He also arranged food for the needy.

As we wait for more to be revealed, the gossip mills are abuzz with speculations. A section of his fans believe that he has been shortlisted for some big award and that the Arundhati actor will make the announcement about it soon.

Well, whatever it is, it seems it is definitely something big and precious. Sood is guarding the secret well! Can’t wait to discover what it is.